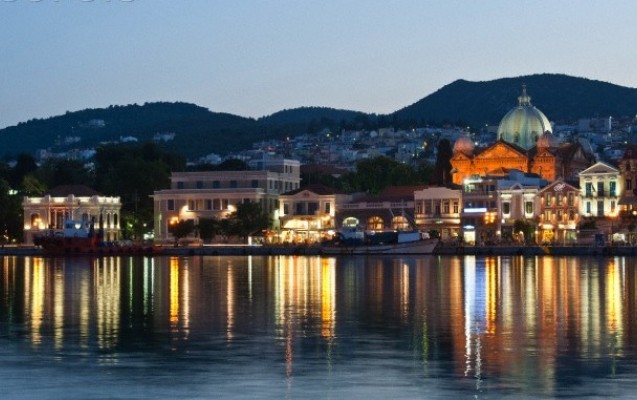 It is one of the largest islands in Greece, with a unique culture that is ingrained in the olive groves, sun, and sea, and grafted with the cultural roots from the shores of Asia Minor. Situated in the corner of the northeastern Aegean Sea, Lesvos awaits its autumn visitors to introduce them to its priceless culture, as well as its natural and culinary treasures.

Old Olive Presses/Museums. There was a legendary time in Lesvos’ history when its olive trees offered the island a rare opportunity to flourish economically. You can recognize the signs of this era either by observing the beautiful country seats on the island, or the old, abandoned olive presses, the majority of which were built in the late 19th and early 20th century when this industry was in its heyday. Even the melancholy ruins of the old oil factories that once produced fine olive oil and aromatic soaps for the wealthiest homes in Europe serve as postcard-like decorations from the past, with their characteristic tall chimneys sending glorious smoke clouds of nostalgia high into the sky.
Today, you can see how they really operated if you visit one of the two olive factory museums on the island, which are located at Papados, near Plomari, and Agia Paraskevi, near Kalloni. Their organization, method of operation, and especially their machinery – which could only be rivaled by factories in Athens and Piraeus during that era – are truly impressive.

The Theophilos Museum. Theophilos, one of the most famous Greek folk painters ever, was born in Mytilini in 1868 in the small suburb of Vareia. A restless soul with an artistic spirit, he grew up without displaying any particular interest in school, but manifesting a great passion for painting. He found himself in Smyrna at a young age, where he developed the initial phase of his artistic style. Theophilos spent 30 years of his life in Pelion, wandering from village to village, where he painted murals (during the second period of his artistic development) in exchange for a plate of food. In fact, there are still some coffee houses that feature his original work on their walls. In the end, he returned to Mytilini, where he developed the third and final phase of his painting style, up until his death in March 1934. His artwork is characterized by vividness and spontaneity, a euphoria of color, and beautiful use of light, while he draws his themes from Greek history, mythology, and the daily life of the people. The Theophilos Museum was established in 1964 in Vareia – where the famous folk artist was born and spent his childhood years – by the renowned art publisher from Paris (TERIADE) Stratis Eleftheriadis, his compatriot from Mytilini, who donated the building to the Municipality of Mytilini one year later, along with 86 of Theophilos’ portraits from his own private collection. The museum is housed in a beautiful stone building made from local materials, which is in complete harmony with the olive grove surrounding it. It has four rooms that all house pieces by Theophilos. 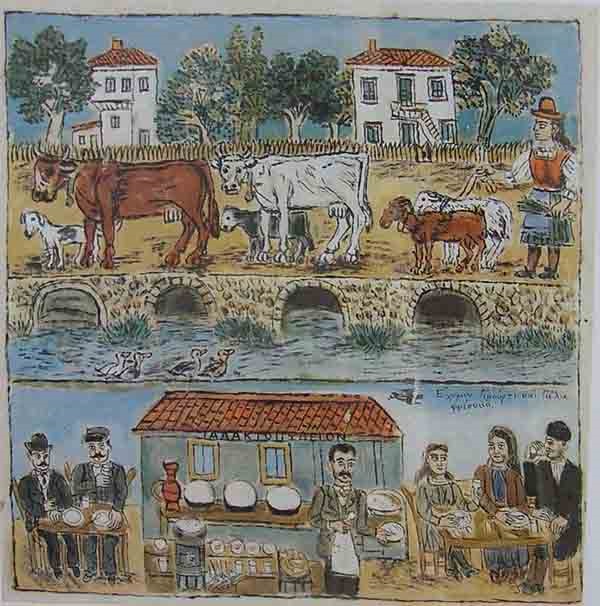 Old Coffee Houses. For many years now, a unique traditional coffee house culture has developed and been preserved in Lesvos. Everywhere you turn on the island, from the port to the smallest mountain village, you will find small coffee houses that are quaint, well maintained, filled with furniture, or simple and frugal with nothing more than a wood stove in the center and a couple of tables.  The coffee house is the site where the village’s old-timers, who remain ever young at heart, gather together to discuss the news of the day, exchange views, play cards and backgammon, and savor an aromatic Greek coffee. You can admire the wonderful effort to capture some of the island’s coffee houses in the album 39 Coffee Houses and a Barber’s Shop, published by Crete University Publications, featuring photos by Tzeli Hadjidimitriou. 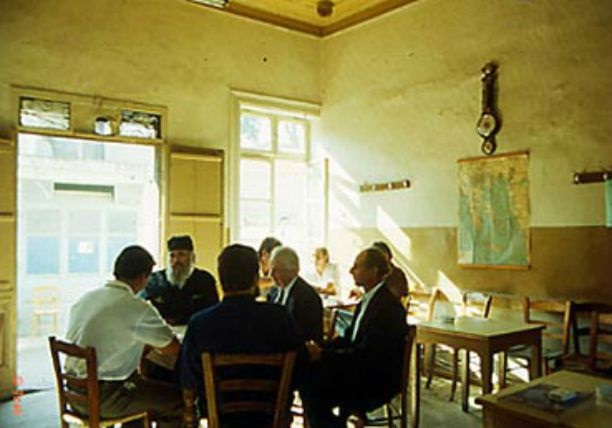 The Petrified Forest Secluded and mysterious, the petrified forest is a one-of-a-kind natural monument that is millions of years old. Volcanic ash and lava caused all the organic materials of the trees to be absorbed, leaving behind petrified trees and mineralized pieces of vegetation with impressive hues of red, yellow, brown, and even green. It is worth hiking across the entire western part of the island through this miracle of nature that dates back almost 20 million years. Local Cuisine Lesvos is a rich and fertile island, which produces an abundance of high quality products, many of which are exported all over the world.

Olive Oil. For starters, there is the local olive oil, which has shaped the island’s culture as well. It has been produced for centuries, mainly from olives from the local Kolovi variety  and the Adramytini variety, which comes from the Gulf of Adramyttium. The olive oil of Lesvos has a golden yellow color and is rather fluid, with a light but rich taste.
Ouzo. The island’s most famous product, which has made an international reputation for itself, is naturally ouzo – especially ouzo from the village of Plomari. Ouzo is a wonderful distilled aperitif that is purely Greek in origin and protected by the European Union. It gets its rich, manifold aroma from anise, mastic from Chios, dill, and at least 4-5 other herbs and spices.
Cheese. Lesvos has been recognized the right to produce three types of cheeses that bear the Protected Designation of Origin label: ladotyri, feta, and kaseri. The island’s most famous cheese is ladotyri, which resembles graviera made from a mixture of goat and sheep’s milk. It is preserved and slowly aged while immersed in local olive oil. The island also produces graviera, kefalotyri, myzithra, butter, and yogurt.
Salt. The village of Alykes in Kalloni collects the renowned all-white salt of Lesvos through natural processes in an area that represents one of the most significant marine biotopes in Greece and is considered among the ten most important in Europe. It also makes for an ideal destination for bird watching and attracts thousands of visitors annually.
Sardines. The sardines of Kalloni, which are fished from the Gulf of Kalloni, are exceptional in quality and are naturally salted with local thick salt. Afterwards, they are packaged and exported all over the world.
Local Dishes. The local dishes of Lesvos are countless and they are all worth trying. Make sure to sample the giouslemedes (small cheese pies with mint), fried zucchini flowers, a kind of frumenty called chachles, almond baklava, sougania (stuffed onions), local split pea soup, a boiled meat and wheat mixture known as kiskets, walnut pies, and ritseli (a preserve made from squash).